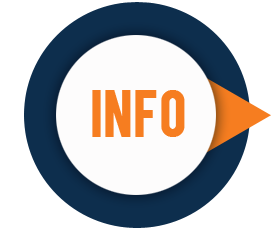 Fresh and recycled air quality
On average, the air in aircraft is completely changed every 2-3 minutes. Cabin air is supplied from outside air taken in by the aircraft's engines after conditioning. Before this air is ventilated into the cabin, it is filtered through HEPA medical-grade filters—the same grade as used in surgical rooms—which remove 99.99% of particulate matter, bacteria, and viruses from the air: China Airlines.

Schiphol Airport
Following the new coronavirus measures announced by the government, all eating and drinking facilities before security (a.o. Schiphol Plaza) will be closed as of 22:00 on 14 October. Take away services are still available. Food and beverage outlets will remain open for travellers in the areas after security. (18-10-2020)

- Airline company easyJet transported half the number of passengers in the past financial year. Until September 30, the company transported only 48.1 million people, compared to 96.1 million in the previous year. As a result, the company closed the financial year with a loss before tax of 1.3 billion pounds (1.4 billion euros), the first loss for the Airline ever. (17-11-2020)

- The German Lufthansa sees as a result of the corona crisis in the coming period up to 350 million euros more per month than is coming in. The German competitor of Air France-KLM warns about this on Thursday.  In the third quarter of this year, the difference was still 200 million euros per month. (11-11-2020)

- In the third quarter of 2020, nearly 5.5 million passengers traveled via the five Dutch airports. That's nearly 18 million, or 76.3 percent less than in the same period last year. The Central Bureau of Statistics (CBS) reports this on Monday. (11-11-2020)

- Air France-KLM, KLM's parent company, suffered a loss of 1.7 billion euros in the third quarter, the company announced on Friday. KLM is taking into account the loss of more jobs due to the second corona wave. For KLM, the loss amounted to EUR 234 million. "These figures once again make it clear how bad things are still going in aviation," says KLM CEO Pieter Elbers in an explanation. "This is without a doubt the greatest crisis since the Second World War; for society, for aviation and certainly also for KLM."  Without the NOW scheme, KLM would have suffered a loss of EUR 500 million in the third quarter. (30-10-2020)

- If there is one industry that has been given a lot by COVID-19, it is aviation. It is estimated that tens of thousands of jobs in the sector will be lost.  This is a reason for many flight attendants to switch to a job in healthcare. (18-10-2020)

- Airline Ryanair will operate significantly fewer flights in the winter months, the company announced on Wednesday.  It also wants to temporarily close bases in its home country of Ireland and France and further cut down on personnel costs. (18-10-2020)

- The British airline easyJet has ended up in the red for the first time in its existence due to the outbreak of COVID-19. The company made a loss of 845 million pounds (over 924 million euros) in the broken financial year closed at the end of September, easyJet announced on Thursday. (18-10-2020)

- Airline company KLM takes into account that more jobs will be lost at the company than the previously announced five thousand.  This is because the recovery in aviation is lagging behind expectations, KLM CEO Pieter Elbers wrote in an internal message to employees on Friday. (3-10-2020)

- Travel industry organization ANVR takes airlines to court that refuse to refund money for canceled flights. First it is Royal Air Maroc's turn, the ANVR announced on Tuesday. A claim has been made for Royal Air Maroc and Aeroflot, El Al and Air Transat may follow.  The case against Moroccan society may put pressure on other companies to pay, the spokesman for the trade association said. (10-09-2020)

- After signs of recovery in international aviation industry, it will relapse again from August. The number of tickets sold has dropped to 18 percent of what is normal, according to figures from travel analyst Forwardkeys. ForwardKeys does not expect the third quarter to bring a spectacular improvement. On average, ticket sales in Europe will not exceed 30 percent of the normal level. (10-09-2020)

- Finnair is cutting up to 1,000 jobs, Qantas another 2,500, Etihad and Emirates are sending staff on unpaid leave, as many as 19,000 jobs are disappearing at American Airlines, and Virgin Atlantic is pending approval of a debt reduction plan. As a result of the corona crisis, airlines have to take all kinds of new measures to keep their heads above water. (10-09-2020)

- Aircraft engine manufacturer Rolls-Royce is severely affected by the aviation malaise caused by the corona crisis. The British company recorded a loss of 5.4 billion pounds (6 billion euros) in the first half of the year. (10-09-2020)

- Singapore Airlines is forced to cut 4,300 jobs due to the corona crisis.  That amounts to about 20 percent of the workforce, the airline said on Thursday.  This is the biggest job loss in the company's history. (10-09-2020)

- Transavia will continue to fly daily to Ibiza and Mallorca for the time being, even though the two Spanish destinations have now been provided with an orange travel advice.  That says a spokesman for the airline. (10-09-2020)

- Man expelled after refusing a mouth mask A Dutch man was send out a Transavia plane yesterday in Faro, Portugal, because he refused to wear a mouth mask. A Transavia spokesperson confirms this to RTL News. The man refused to follow the instructions of the staff. (10-09-2020)

- Pilots are going through a rough time due to the corona crisis. Aircraft's are mainly aground and many airlines pilots are fired. It was once a dream profession, but now they have uncertain times. (13-08-2020)

- A number of so-called hedge fundshave raised hundreds of millions of euros in recent months by speculating on falls in the price of shares (short selling) of Lufthansa and travel company TUI, among others. Hedge funds are investment funds that try to generate returns in more than one way. (14-08-2020)

- The Schiphol Group, which includes the airports of Amsterdam, Rotterdam, Eindhoven and Lelystad, cannot escape a reorganization. Several hundred jobs out of a total workforce of about three thousand will be cut. (28-08-2020)

- Aircraft stripes double the contribution of aviation to climate change During the lockdown in March, April and May, the number of flights worldwide fell dramatically. According to some measurements, this sometimes resulted in up to 90 percent fewer airplane stripes. What not everyone knows is that these man-made clouds have an influence on the weather, and ultimately also on the climate. The airplane clouds block solar radiation, like a kind of mirror. This way the stripes have a cooling effect. But the earth also gives off heat. And then those same clouds act like a blanket that traps heat.  "Ultimately, the warming effect will win," says Piet Siebesma, a cloud expert at KNMI and TU Delft.  "The net effect is that airplane stripes make the climate slightly warmer." (30-08-2020)

- TUI is borrowing another 1.2 billion euros from the German government. An existing loan is increased by the German state bank by 1.05 billion euros. (13-08-2020).
- Travel organization TUI removes Belgian tourists from parts of Spain (22-08-2020)

- KLM realized a negative result of almost 800 million euros over the first six months of this year, according to the airline's half-year figures on Thursday.  In the same period last year, this was still a positive result of 223 million euros, a difference of almost 1 billion euros. (31-7-2020) KLM is currently losing 10 million euros a day.  "In this context, KLM cannot afford to implement the salary increase in August. Not socially, not financially. (14-08-2020)

- The German Lufthansa Group, the parent company of Brussels Airlines, Eurowings and Lufthansa, among others, states that it no longer avoids the dismissal of employees in Germany. Financial results were dramatic, with a loss of 3.6 billion euro for January through June, against a loss of 116 million euro a year earlier. (14-08-2020)

- 19,000 jobs at risk at American Airlines. American airline will cut 19,000 jobs if the company does not receive another billions of dollars in government support to pay for six months in labor costs. The company expects to operate less than half of its usual flights. (25-08-2020)

- The Spanish government wants to speed up the rescue of the airline Air Europa, reports day bath ABC on Saturday. Madrid considers Air Europa "strategically important" to the country's competitiveness and is aiming for a sale of the ailing company to national airline Iberia. (13-08-2020)

- EasyJet will make cuts: it will close three sites in the United Kingdom and cut hundreds of jobs. The closure of the sites in London and Newcastle will result in 670 job losses. The other eight locations in England will continue to exist.  At the end of June it was already announced that Easyjet would cut 5000 jobs and these jobs will therefore be added to that. (20-08-2020).

- EasyJet has raised an additional € 225 million from the sale of five aircraft's, which the company then leases.  This brings the total proceeds of this revenue model to 653 million euros, the airline announced on Friday. (10-09-2020)

- Ryanair will cancel flights. Ryanair, the largest European airline, will reduce the number of flights. In the coming months that should be reduced by a fifth. The intention is not to cancel destinations, but to fly less often to countries such as Spain, France and Sweden. (20-08-2020)

- British Airways the airline with the largest Boeing 747 fleet in the world, immediately stops flying the jumbo jets. The decision has everything to do with the COVID-19 outbreak. The British fleet has 31 jumbo jets.

KLM decided at the beginning of the corona crisis to send the 747 with early retirement. Later, the aircraft was removed from the hangar again, to be used for cargo flights. British Airways says it will operate more flights with the new and much more economical A350 and B787.

- Emirates resumes passenger flights to 9 destinations, including connections between UK and Australia.

- Qatar arlines ticket prices from Tehran to Istanbul increased by 30x, this has to do with inflation and the increased dollar prices in Iran (10-09-2020).

- China A select number of airlines are allowed to fly to one Chinese city once a week from next week, the Chinese aviation authority reports. (03 June 2020)